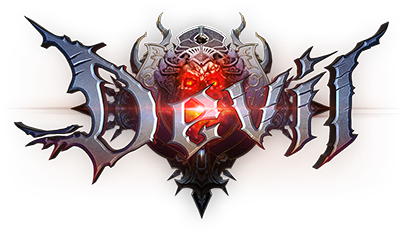 We’ve been lying, wiping, and failing hard since years. We’ve been advertising like crazy, trying to bring everyone here, even sometimes against their will. We’ve been focusing on money instead of fun, we’ve been bribing clans to join in exchange for ingame items, and sometimes for money (your money), and we’ve been faking our online count and celebrating fake news. All of this for what? To hype up the server, to get more players, to make more money.

Everything considered, we always thought we were the good guys, the only staff who had morals, since we were proud to not have over-boosted characters, and we never gave over-enchanted (impossible to get) items to anyone, for money or not.

Here is what most other servers do, what you would call today’s standard: You DDoS everything resembling of competition, steal every possible account and password combination from your players, have hidden donation lists so whales can pay up much more money than normally possible, pay every clan that joins, and reward any player who brings more players.

Compared to most other servers, we were the good guys, as we didn’t do the purely evil stuff. However, we weren’t bringing a positive change to the Lineage 2 community at all.

It didn’t work out. After years of doing servers purely for money, the company is in shambles and we almost went bankrupt. And I’m really glad for it.

About a month ago, because of the company’s money problems, almost the entirety of the Staff had to be kicked out since it couldn’t guarantee a salary, and radical measures had to be taken if we wanted the company to survive. Right now, there are only 2 people left in the L2Devil Staff, and this is the exact reason of our impending success. We are the best at what we do - we love to work on our project, to the point where we would do it for free. We have passion for this project.

We have regained creative control in the company, and learned a very valuable lesson. We finally allow ourselves to do what we love again, instead of what the company needs. We can finally focus on fun, instead of money. We can finally show our true selves, instead of hiding - because our intentions are honest, and we are not trying to scam anyone. We are simply trying to create something people will love and enjoy.

The Pillar of Truth

If you expect to get free items or expect to get paid real money to play in our server - save yourself the trouble and don’t join, as this is not for you.

With that said, you’ll be shocked to learn that at the start of the Open Beta we had a maximum online of 80 unique players . For most servers that’s anywhere from 300 to 3000 “REAL” online. For us, who dare to say the truth, those are the real numbers. We believe you are worthy and intelligent enough of knowing the truth, and we tell it to you without fear. We don’t feel ashamed of having “only” 80 online either, as that’s a significant amount of players who really love our work and play daily on a server they really care about and have nothing to gain, since literally everything is free. It’s just because of fun.

We started the Open Beta without advertising at all, because we are betting on a different strategy. We took a different, very simple strategy: listening to the same player group, instead of all the players. Today, about a week after the start of the Open Beta, we’ve reached a maximum online of 100 unique players. The Open Beta is growing in popularity. Without advertising of any type. Beta servers go down in popularity, not up. And they need to be advertised if you don’t want it to be a ghost town. This has never happened to us before, during all those years of experience in the scene. If this is a sign of things to come, we can’t wait for the server to go Live, as we expect many more players to join and have fun! Players are here because they want to, not because we trick them!

The players who have been with us playing since the Open Beta started know that we constantly work, not one day goes by where we do nothing to improve the server in a substantial way. Those players are now our fans and appreciate our commitment and values, and so they let others know, which creates a positive feedback loop and brings more and more players to the server. We won’t stop working once the server goes Live, as you should expect from us by now. We don’t force ourselves to do it for the money, and instead are finally able to choose to do it for fun, because we finally love to work on the server, because we are finally open and honest.

Thank you for listening,

3 Likes
Dion Castle will be up for Siege next week!